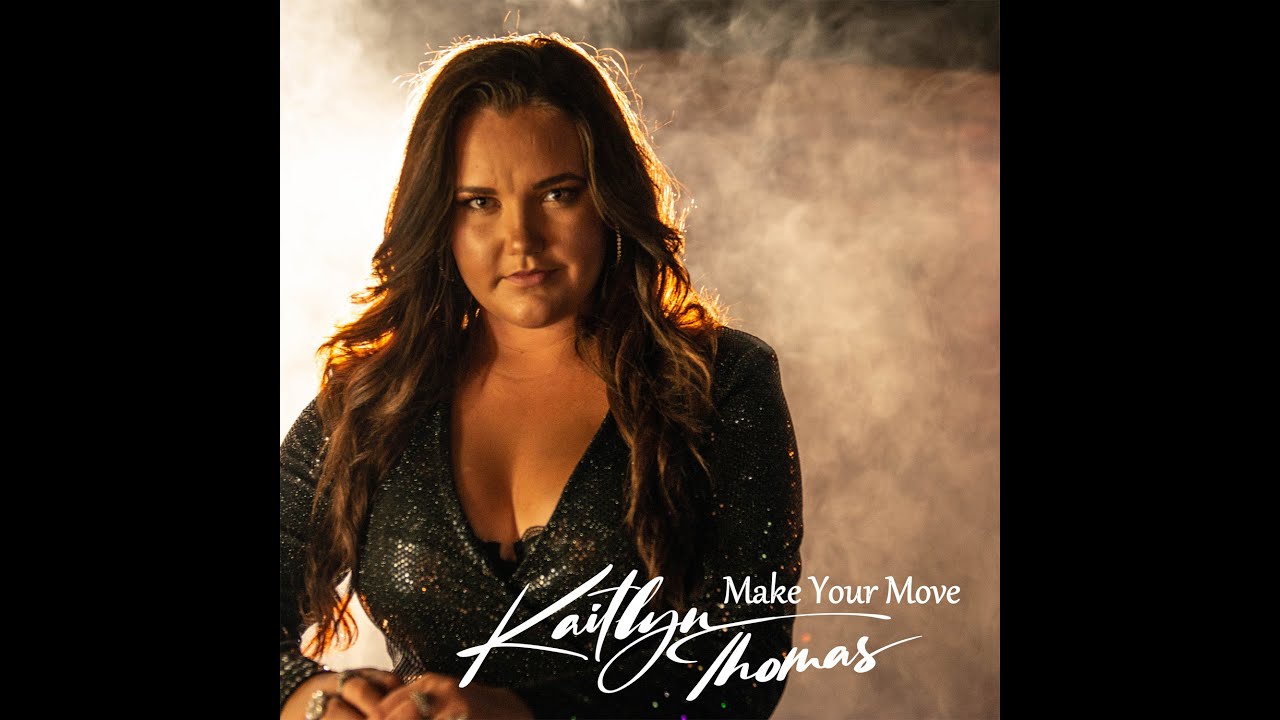 “Make Your Move” is “about the state of being carried away by an unreasoned passion and tirelessly waiting for them to make the first...

Book me on Serenade Sound

So excited to be teamed with Serenade Sound. You can now book an exclusive performance/song for that someone special, a special event or...
1
2345

Kaitlyn Thomas has emerged as an artist inhabiting the world of the music and artists she grew up listening to. She is a strong independent female singer and songwriter of the finest order. Kaitlyn is imbued with the spirit, style and sassy attitude of those who came before and she carries on a proud tradition.

“I grew up listening to a lot of strong, independent women,” she says. “People like Sheryl Crow, Anne Wilson and Pat Benatar. That was the music I listened to a lot with my parents, particularly my Mum.”

And the strength, power and lyrical smarts of these women clearly started surging through Kaitlyn’s veins and psyche from an early age. In fact, Kaitlyn was just 12 years old when Beccy Cole declared to her audience, “There’s a star in the making right there”.

This young star has grown up, but she’s not only not forgotten all the lessons she’s learnt on that journey – she’s developed and expanded them. Kaitlyn is not only a country artist but a powerhouse singer of just about anything she feels like tackling. She’s a forceful presence who continues to evolve – exactly as you would expect an artist who’s going to be around for a long time to be.

“This is the music I love, this is what I want to do,” Kaitlyn says of her recent songs and performances. “I started exploring and diving into country music from around the globe. Initially I fell in love with Carrie Underwood. I have a very similar vocal style to hers and I love the story telling she does. That’s what I wanted to do”.

“Over the years my tastes have broadened to include Linda Ronstadt, Shania Twain and Dolly Parton. When you go to country music you go straight to Dolly because she is the Queen.”

Kaitlyn’s musical development and evolution isn’t just within the world of country music. As a university student she’s been exposed to an enormous array of music and that’s also shaped the sort of artist she’s become.

“I listen to so much music and love it for all sorts of reasons but I always go back to country music because that’s what I want to do and I want that to be my musical outlet.”

“I have spent the last few years writing songs and evolving my sound that reflects my country core and influences I grew up on. Right now, I feel like I’ve finally found who I am as an artist”.

Born and raised in rural Victoria, Kaitlyn’s love for music came at a very early age. Soaking up the music that was being played around her while growing up, they inspired her to begin writing her own songs at the age of 8. And she hasn’t looked back since. Just developed and expanded her pallet.

Kaitlyn Thomas is a graduate of both the junior and senior CMAA Academy of Country Music and was awarded Australian Youth Songwriter of the Year in 2012 and again in 2018. Personal highlights also include performing at Nashville’s famous Bluebird Café and Honky Tonk Central in 2016 and receiving an endorsement from Maton Guitars.

She has been developing her craft under the guidance of some amazing producers and mentors for many years and has worked with some of the best in the business including supporting artists such as Casey Donovan, Beccy Cole, Darlinghurst and Andrew Swift. Kaitlyn also had the pleasure of touring with Carter & Carter on their Taste of Tamworth Tour and working with musicians of the calibre of guitarist, Brett Garsed, who is best known for his work with John Farnham and US rock group, Nelson.

Kaitlyn’s debut country single, “First Kiss” was co-written with Katrina Burgoyne and is an up-tempo & fun country pop song that matches Kaitlyn’s bright and bubbly personality. Her follow up was the cracking, “Coulda Shoulda Woulda” released in 2020.

“I wanted the song to have a Shania Twain rock feel as I felt the song has her kind of sassiness. I’m super happy with the result and I think we achieved that Shania vibe”.

Kaitlyn has already taken 2021 by the horns and shown a completely different side to her music and a growth as a songwriter with her most recent single, “Make Your Move.”

Kaitlyn says the song is “about the state of being carried away by an unreasoned passion and tirelessly waiting for them to make the first move but eventually taking matters into our own hands by giving them an ultimatum so we can move on”.

With each new release there’s a definite feeling that Kaitlyn has arrived at a music place where she’s truly comfortable and knows who she is as an artist and what she wants to do.

“It’s taken a long time to find out who I am,” she says. “There are a lot of people in the country music world. Over the last eighteen months during COVID and the lockdowns I’ve been listening to many female artists, trying to work out what makes me different, what makes me distinctive.  I’ve come to the conclusion that I’m country rock/pop. With everything I write the songs all have catchy, melodic hooks. That’s my speciality and what I’m good at”.

With the rock side of things, all the women I grew up with had that grit and backbone, and I’ve also got that raspy thing going on with my vocals. “And I want my personality to shine through. I have a big personality and when people come and see me perform they really experience who I am. They’re welcomed into my musical family.”

Kaitlyn Thomas is a young star on the rise – don’t miss a second in the journey of this exciting young artist.